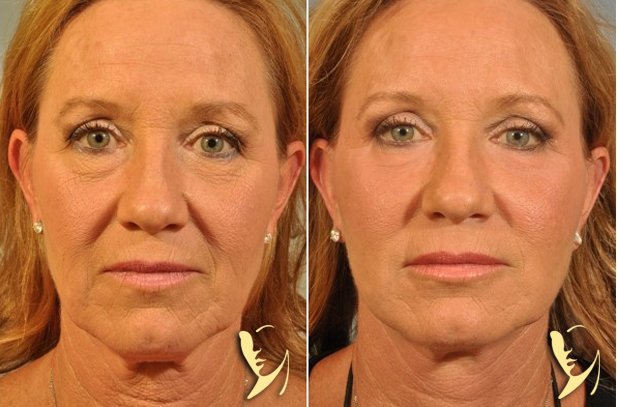 At Robinson Facial Plastic Surgery, our priority is YOU, the patient.  Our goal is to ensure you have a positive, stress-free experience so helping you understand your cosmetic payment options is an important part of the process.

The Hetter Peel, also known as a Baker-Gordon Phenol Peel, is the strongest peel we offer at Robinson Facial Plastic Surgery.  Since it is the most aggressive peel and due to its precise formula, only our Double Board Certified Facial Plastic Surgeon, Dr. Burke Robinson performs this procedure in our practice.  It is generally used on patients with very deep wrinkles and severely aged skin.  Most practitioners and patients agree that the Hetter Peel achieves the most dramatic, long-lasting results in skin tightening and smoothing of wrinkles.  At Robinson Facial Plastic Surgery, Dr. Robinson performs full and partial Hetter Peel facial resurfacing.  Recovery times with a Hetter Peel are usually the longest of any peel, with a downtime of typically seven to ten days.

The Hetter Peel is a deep peel for resurfacing the skin to be smoother and tighter.  It was originally described decades ago by Dr.’s Baker and Gordon, and thus always referred to as the “Baker-Gordon Peel”.   It only consisted of four elements: Water, Septisol (soap), Croton Oil, and Phenol.  Their formula was extremely precise i.e. literally calling for so many drops of some of the components.  Any variation of the formula was feared to end up with scarring.  It was revered like the Coke-a-Cola formula!  It did an amazing job of resurfacing facial skin, but the degree of both the patient and the part of the face didn’t always require the peel to be so harsh.  With the lack of ability to customize its strength, some patients would not only have smoother skin, but could also lose pigment, or get a “waxy” texture of their skin.  This peel fell out of favor in the mid 90’s when technology met the need in providing lasers that could resurface.  And although the lasers could be dialed up or down in strength given the clinical presentation of the patient’s skin, they too could cause pigment issues, and longer healing times as well as worse pain than the Baker-Gordon Peel.

In 2000, Dr. Hetter wrote a series of 4 landmark articles showing that the sacred Peel formula could be altered to match the patient’s skin and part of the face being peeled by altering the Croton Oil concentration.  As a result, deep peeling was revived and now is referred to as a Hetter Peel out of respect to Dr. Hetter’s basic science and clinical research.  Both the Hetter Peel and Erbium Laser, major advances over their predecessors of the Baker-Gordon Peel and Carbon Dioxide laser, are now the mainstay of Deep Resurfacing.  Both of these two resurfacing options have significantly decreased the unwanted side effects of older modalities.

Who is a Good Candidate for a Hetter Peel?

That is best answered during your consultation, but in general is for skin with deep lines (rhytids) and/or hyperpigmented skin from sun exposure.  The first seven to ten days after a Hetter Peel the skin is red and irritated like a bad sunburn.  (Believe it or not, there is not much discomfort after the first day).  After this time period, patients are wearing makeup –  an oil based one recommended by our Licensed Aesthetician that works best with your skin.  The redness fades over the next 1-2 months becoming pink and then gone.  No other treatment comes close to results & effectiveness for deeply etched wrinkles.  The results are stunning with lines either improved or gone, and a more even complexion!

Dr. Burke Robinson is an award-winning Top Doctor with over 29 years of experience dedicated exclusively to facial cosmetic surgery. He has devoted his life to helping others transform their dream look into a beautiful reality while maintaining natural-looking results. Widely known for his genuine compassion, honesty, and deep commitment to providing the utmost in surgical care and results, Dr. Robinson has become one of the most trusted cosmetic surgeons in the Atlanta area.

At Robinson Facial Plastic Surgery, our priority is YOU, the patient. We look forward to helping you!
CALL 770-667-3090 TO SCHEDULE YOUR APPOINTMENT