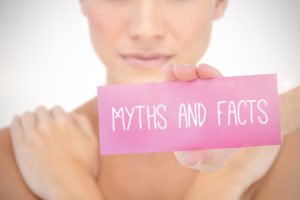 Dysport is an injectable treatment with a similar formulation to the wrinkle treatment Botox. Both work by relaxing facial muscles that lead to wrinkle formation. They have been around for many years and have become the go-to treatment for many patients worried about fine lines and deeper creases around the forehead, brow, and eyes. Despite the popularity of these treatments, there is still plenty of inaccurate information circulating about the safety and efficacy of Dysport and Botox. We have some of the most common myths about Dysport and the facts behind those myths.

The Ingredients in Dysport are Toxic

It is true that Dysport and Botox both contain purified botulinum toxin, which works directly on the muscle injected. The toxin is the ingredient that relaxes the facial muscles that lead to the formation of wrinkles. When administered by an experienced provider this FDA-medication is safe and boasts relatively few side effects to worry about.

Another concern patients tend to have about Dysport is that because the ingredients in the formulation relax or paralyze facial muscles, they assume the treatments will “freeze” their facial expressions. In reality, Dysport offers subtle results that relax the muscles and smooth away wrinkles without compromising your ability to smile, frown or make other expressions.

Everyone will Know You have Had Dysport

While many of us seek out cosmetic treatments to turn back the clock, few want others to know they recently visited their plastic surgeon. Some patients worry that the results of Dysport will be noticeable and dramatic, belying their secret. However, Dysport and other injectable treatments typically offer subtle results that will refresh your appearance without giving you away.

Only Women Use Dysport

Yes, many women use Dysport as an anti-aging treatment, but they are not the only ones tuning into the benefits of this injectable procedure. In 2015 alone, more than 428,000 men also had injectable procedures using Botox and Dysport, according to the American Society of Plastic Surgeons. Men are discovering these procedures can help them shave years off their appearance to help them remain competitive both personally and professionally.

Dysport is Only Used as a Cosmetic Treatment

While Dysport is a popular cosmetic treatment, this is not the only use for this injectable medication. Like Botox, Dysport is also used as a medical treatment for a host of conditions, including excessive sweating (hyperhidrosis) and cervical dystonia, a painful condition of the neck. In fact, these formulations were approved for medical use before they became the popular anti-aging treatments that are today. Patients getting cosmetic treatments using these medications can rest assured they have been sufficiently tested for safety and efficacy in both the cosmetic and the medical realm.

Dysport is a well-known anti-aging treatment today, but with its popularity also comes with plenty of misinformation about how the medication works and whether it is safe and effective. If you would like to get more facts about Dysport, contact Robinson Facial Plastic Surgery today at 770-667-3090.